CryptoPunks, The Original NFTs: 10 Things to Know About Them

The CryptoPunks are the founding fathers and mothers of the CyptoArt movement, as per Noah Davis, a specialist in Post-War & Contemporary Art at Christie's in New York. Check out the 10 things to know about CryptoPunks. 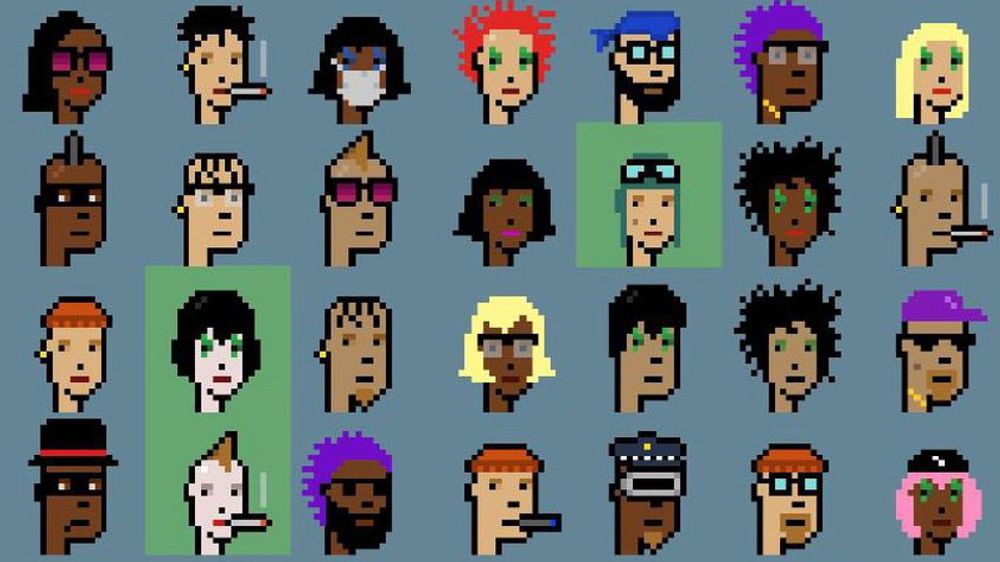 Three years ago, two software developers launched CryptoPunks, a quirky art project that raised a significant and intriguing question: Could a few lines of code result in the sense of substantial ownership? It was a ridiculous notion that would necessitate, as they put it, a 'conceptual leap.' Three years later, that effort is widely regarded as the birth of the contemporary CryptoArt movement.

The CryptoPunks are the founding fathers and mothers of the CyptoArt movement, as per Noah Davis, a specialist in Post-War & Contemporary Art at Christie's in New York. Check out the 10 things to know about CryptoPunks.

1. CryptoPunks Started As An Experiment

They believed they had the makings of a smartphone application or game initially. What they actually created was a paradigm-shifting model for the digital art market, as well as a challenge to the very concept of 'ownership.'

The CryptoPunks are a collection of 24x24 pixel art images featuring misfits and eccentrics in an 8-bit aesthetic. There are precisely 10,000 of them, each with its own noticeable personality and unique blend of distinctive, randomly created features.

3. They Drew Inspiration From the London Punk Scene

According to Hall and Watkinson, the early days of the blockchain movement were characterized by a rowdy, anti-establishment vibe. It was a feeling they desired to convey through the appearance of their Punks. As per them, they needed to be a group of outcasts and rebels. The 1970s London punk movement felt like the proper aesthetic. Cyberpunk's dystopian grit, epitomized by Blade Runner and William Gibson's novel Neuromancer, was also an inspiration.

4. Everyone Is Welcome to View the CryptoPunks

On the website of Larva Labs, there is an image of all 10,000 CryptoPunks. Anyone with a memory stick or hard drive can download a copy of the image file. Each Punk also has its own webpage, which details its unique attributes and transaction history in detail.

5. CryptoPunks Can Only Be Owned By One Person

Official ownership of each work is defined via a contract on the publicly accessible Ethereum blockchain, in code often described as stylish and wonderfully crafted. According to Larva Labs, the record is incorruptible and promises to be incredibly long-lasting.  Moreover, the blockchain tracks and documents the ownership history of each artwork.

The arrangement Hall and Watkinson devised has been compared to owning a real object of art that is permanently on loan to a public museum. Also, it served as the inspiration for the now widely accepted ERC-721 standard for NFTs, which laid the framework for today's NFT industry.

6. There Are Different Types of CryptoPunks

Similar to human CryptoPunks, Hall and Watkinson altered their software algorithms to generate a smaller number of fanciful, non-human works, bringing the series to 24 hirsute ape Punks, 88 green-skinned zombie Punks, and nine light-blue-skinned extraterrestrial Punks. As with their human counterparts, the non-human Punks wear various accessories: one alien, for instance, is smoking a pipe and has been named the 'wise alien.'

7. Cryptopunks' Collection of 10,000 Is Definitive and Unalterable

Due to the nature of blockchain, Larva Labs could not edit the existing series, even if they desired to. As per them, it's strange to consider what would have happened if they had run the generator just one more time or used the output from the penultimate run.

The creators treat each work as a unique piece of generative art while allowing for the possibility of viewing the entire project as a broader conceptual work. They said this may be the first work of art to incorporate a self-contained device for documenting and trading ownership.

Once minted, Hall and Watkinson gave the CryptoPunks away for free. However, they kept 1,000 for themselves, 'just in case it becomes a thing,' as Hall described.

Initially, there was little interest. They claimed that they were beginning to believe that, no, this does not have it. However, before long, Punks were fetching thousands of dollars.

9. CryptoPunks Have a Very Active Market

10. Hall and Watkinson Put Up Their Own CryptoPunks for Auction

Larva Labs' set includes nine CryptoPunks, each from their original collection, in a single lot that displays the series' greatest elements, including muttonchops, earrings, crazy hair, big shades, a hoodie, and a mohawk.

It is entirely comprised of punks with sub-1,000 series numbers, including CryptoPunk 2, a female punk with wild hair, and an extremely limited edition number for a 10,000-piece set. Additionally, the batch contains CryptoPunk 635, one of only nine aliens in all 10,000, who also appears to be the only alien with a series number less than 1,000.

As the creators explain: “Taken together, the set represents both the rarest possible CryptoPunks and highlights from the variety of attributes that are the signature of the project.” 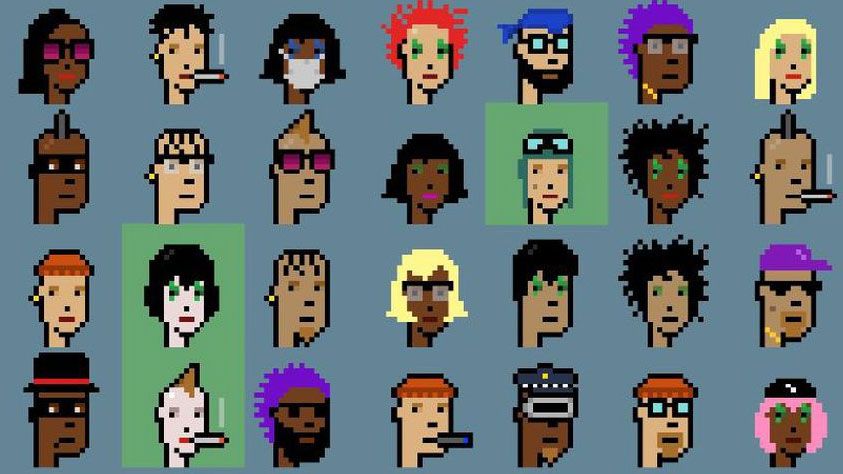