How To Use Facebook Video Ads to Grow E-Commerce Sales

Facebook video ads have established themselves as one of the most effective forms available to marketers. Understanding how to develop scroll-stopping, compelling video ads on Facebook will quickly boost any marketer's competitiveness on the site. 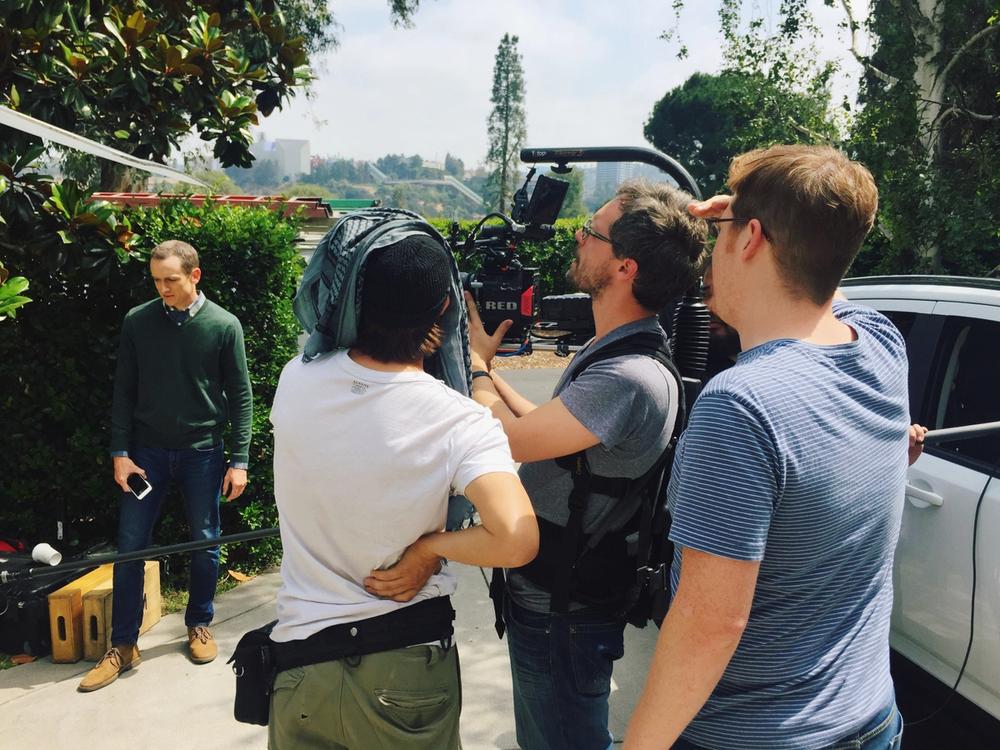 Facebook users are just in love with videos. Did you know that 1.25 billion of them watch videos on Facebook Watch —  Facebook’s streaming video service — every month? Facebook video advertisements enable businesses to capitalize on this trend.

Not only do video ads get more clicks (two times as many, as per one recent experiment), but they also provide marketers greater creative freedom to promote a brand's personality and emotionally connect with their audience.

Facebook video ads have established themselves as one of the most effective forms available to marketers. Understanding how to develop scroll-stopping, compelling video ads on Facebook will quickly boost any marketer's competitiveness on the site.

Facebook video ads are pay-per-click advertisements that include a video and can show in one of several predefined locations on a visitor's Facebook screen.

How Can Facebook Video Ads Help You Grow E-Commerce Sales?

By including video in your advertisements, you're supporting Facebook in achieving one of its primary goals and offering the type of content that Facebook users seek.

Mark Zuckerberg has long been an advocate for video. He actually stated in a keynote speech at Barcelona's Mobile World Congress back in 2016 that he believes in a few years from then, the majority of content consumed online will be video.

Since then, Facebook has concentrated its efforts on becoming the world's largest ad-supported video platform. By using video ads, you show alignment with Facebook's goals.

Facebook users appear to be content with the company's continuous shift toward video. In the United States, 65% of Facebook users report watching videos on the site daily, and 60% of those who watch online videos do so on Facebook. Additionally, 60% of people expect to watch more social videos in the coming year.

Because video is such a popular medium on Facebook, video ads will help attract new clients and increase any business’ E-commerce sales up to 60%.

The fact that people love videos also implies that they spend more time watching them and engaging with them than they do with other mediums.

Facebook video posts have an average engagement rate of 6.01%, higher than any other kind of content on the platform. Additionally, users spent five times as much time watching videos as they did on static content.

The good news for marketers is that video ads attract customers and motivate them to convert more efficiently.

According to a survey, about 68.7% of marketers believe video ads outperform image and plain text ads on Facebook, while nearly a third of shippers believe videos are the best medium for discovering new products.

According to one example, ClearPivot sees a 20%-30% increase in conversion rates when using video in Facebook ads. Additionally, 22% of people claim they utilize video to gain information about brands.

What is the conclusion? Not only do people enjoy watching videos on Facebook, but video ads help convert viewers into buyers.

Facebook Video Ads Placement and Anatomy to Take Advantage of

Most users are aware of in-feed ads that appear as you scroll through your News Feed. However, there are various locations where a Facebook ad can be presented.

The initial 15 seconds of an in-stream ad will play, after which the viewer will choose whether to watch the remainder of the ad or go back to the original video.

Each part of a video ad has a purpose. Having a firm grasp on each of those parts will help create ads that promote, engage, and convert your most valued customers.

The primary text is the copy shown above the video. If the text exceeds 125 characters, it may be shortened, forcing users to click "read more" to view the entire text.

Regardless of its title, the headline appears underneath the video view. A headline with more than 40 characters may be shortened and rendered invisible.

This is a clickable button located in the lower-right corner of your advertisement. When creating your video ad, you can select from a pre-set list of CTA options.

Additionally, you can see that an in-feed ad takes engagements — likes, comments, and shares — and indicates if the sound is on or off.

Each day, Facebook users view more than 100 million hours of video. While this demonstrates the popularity of video as a medium, it also emphasizes the importance of creating excellent video ads if you want them to be unforgettable.

1. Ads that are watchable without sound

Facebook discovered that 80% of users had an adverse reaction to videos auto-playing with sound, thus adding the option to turn off video sound. Because most videos are now viewed without sound, your video ads should be able to convey your message simply through visuals.

There are several ways to ensure that your videos are compelling without sound.

Close caption subtitles can be added to your video. Captioned video ads are watched 12% longer than non-captioned ones.

Check out this Colgate ad.

2. Be quick in capturing attention and establishing your brand

A video ad's first three seconds are worth 47% of its value to your brand. Your brand receives 74% of the ad's value in the first ten seconds. Make the most of these crucial initial seconds.

One-third of respondents report that seeing a logo or brand they like causes them to pause their scrolling, and brand mentions within the first three seconds are positively connected with a conversion boost. So, to optimize the return on your video ads, make your brand immediately noticeable.

Check out this Toyota ad.

Mobile and video go hand in hand: users are 1.5 times as likely to view a video on a smartphone as they are on a computer.

Additionally, viewers report that it's simpler to pay attention to a video on mobile, which may explain why mobile-first creative generates a 27% brand lift compared to non-mobile-optimized video advertising.

If you're already making ads with captions with your brand early in the video, you're already on your way to optimizing your video ads for phones. However, there are countless opportunities.

You could, for instance, use vertical video. Vertical video occupies more of the screen because that is how videos are frequently viewed on phones. Not to add that vertical video ads on Facebook receive the best engagement.

Check out this PUMA ad.

4. Retarget viewers of your videos

Retargeting ads are those that are displayed automatically to someone who has performed an action, such as visiting your website or viewing some more of your ads.

You can build a Facebook Custom Audience to retarget individuals who have viewed one of your ads. When someone views one of your ads, they gain familiarity with your product and are 10 times more likely to click on a subsequent advertisement.

Retargeting with video advertisements works because when someone watches your advertisement, they express an interest in your product or message. You can then target them with subsequent ads that capitalize on their interest.

Check out this Kitchen Aid ad.

Polling stickers allow you to engage your audience directly. You pose questions, and they respond. By posing a question to the audience, this contact fosters engagement. Additionally, it teaches you about your audience.

With these insights into Facebook ads and the ways they can help grow your e-commerce sales, it’s time for you to take the lead and make one of your own. Need a hand making the Facebook video ads you need to attract, engage, and convert viewers to customers? Contact Everpost today. Everpost produces unlimited premium videos for brands across the U.S. twice as quickly, for half the cost of traditional video production services. We’d love to meet you! 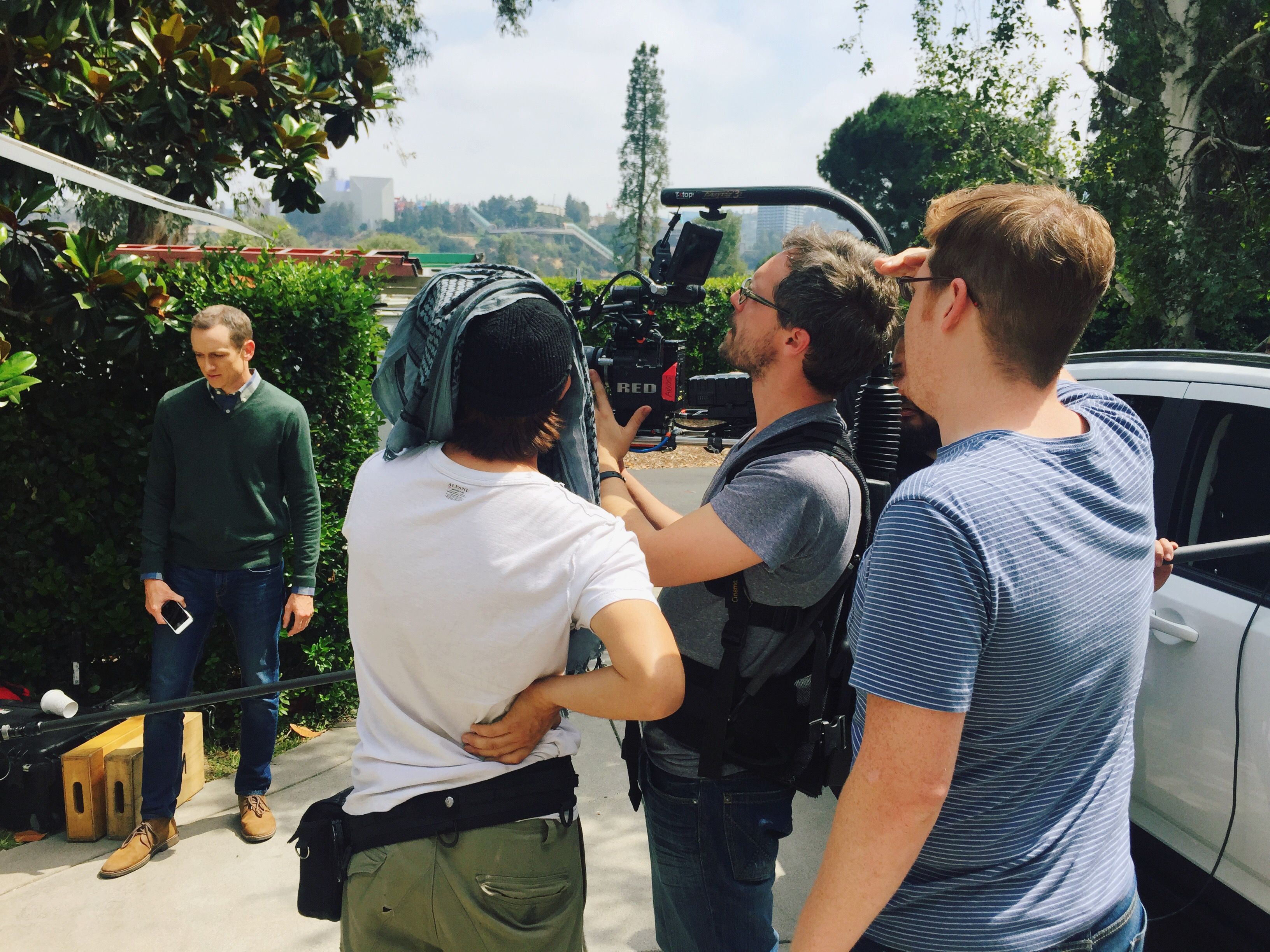